The executive director of American Senior Alliance called on legislators in a Thursday news conference to approve a statewide lottery. 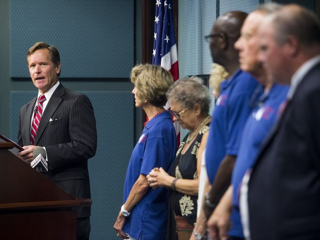 “Alabama must open the steady stream of revenue that a lottery would provide. We are asking the Alabama Legislature to act now and let us vote,” said Conwell Hooper, Alabama Senior Alliance’s executive director.

Based in Atlanta, the Alabama Senior Alliance is a nonprofit that advocates for senior citizens.

“Our senior citizens would like nothing more than having an ongoing solution dedicated to Alabama’s General Fund,” Hooper said. “Neighboring states continue to benefit from their statewide lotteries, and millions of those tickets have been purchased by Alabamians.”